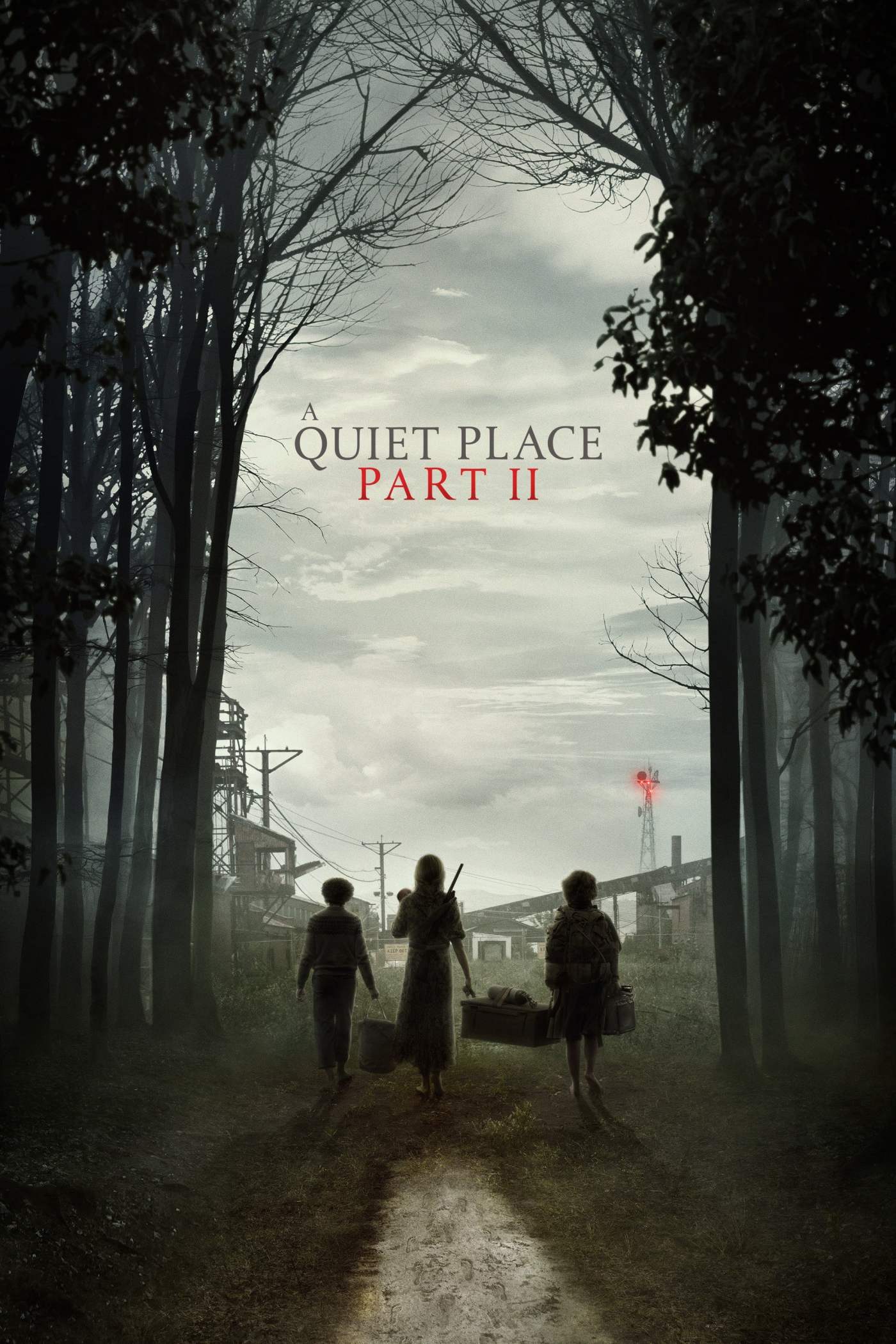 A Quiet Place Part II picks up almost immediately after the events of the first film. The Abbott family—Evelyn, Regan and Marcus—departs their destroyed farmhouse, now carrying the knowledge that the right combination of hearing-aid-and-speaker debilitates the monsters, as well as a newborn baby that occasionally needs to be strapped to an oxygen tank to keep from crying. Not five miles from their former home, the Abbotts encounter two game-changing things: 1) Emmett, a family friend living in devastated isolation after the loss of his family, and 2) A radio single, broadcasting a loop of the song “Beyond the Sea,” which Regan translates as a sign from an isolated—and safe—island community.

Review: One of the larger successes of the sequel is in the way it expands its palate of scares. The quiet stuff is still there, and anyone looking to full-body clench as someone comes this close to knocking over a loud object will be satisfied. But Part II makes more intimate use of its monsters; it’s much more of an out-and-out creature feature than its predecessor. Where the horror of A Quiet Place originated in the silent unknown—in the fear of the monster’s possible arrival—Part II revels in their presence.

The film’s weaknesses lie in its ambitions. It admirably expands on the locked-house isolation of the first film, but there are aspects of its world-building that aren’t explored enough to feel like more than plot devices. I feel that with a possible third outing Part II would like a more complete, more rounded story.