A raw and emotionally revealing look at one of the most iconic artists of our time during a transformational period in her life as she learns to embrace her role not only as a songwriter and performer, but as a woman harnessing the full power of her voice. The  chronological depiction of Swift’s rise goes to different chapters that even casual pop culture viewers will recognize, while offering the emotional subtext fans might not know about Swift’s many personal and public experiences.

Review: This film is exactly what it should be. To the credit of director Lana Wilson, Swift’s bravery and strength are apparent throughout the film. They are a declaration to the world — if they’re going to judge her, they should get to know her first.

Score: Worth the Popcorn 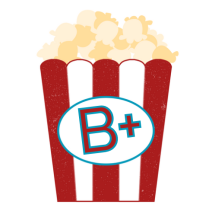