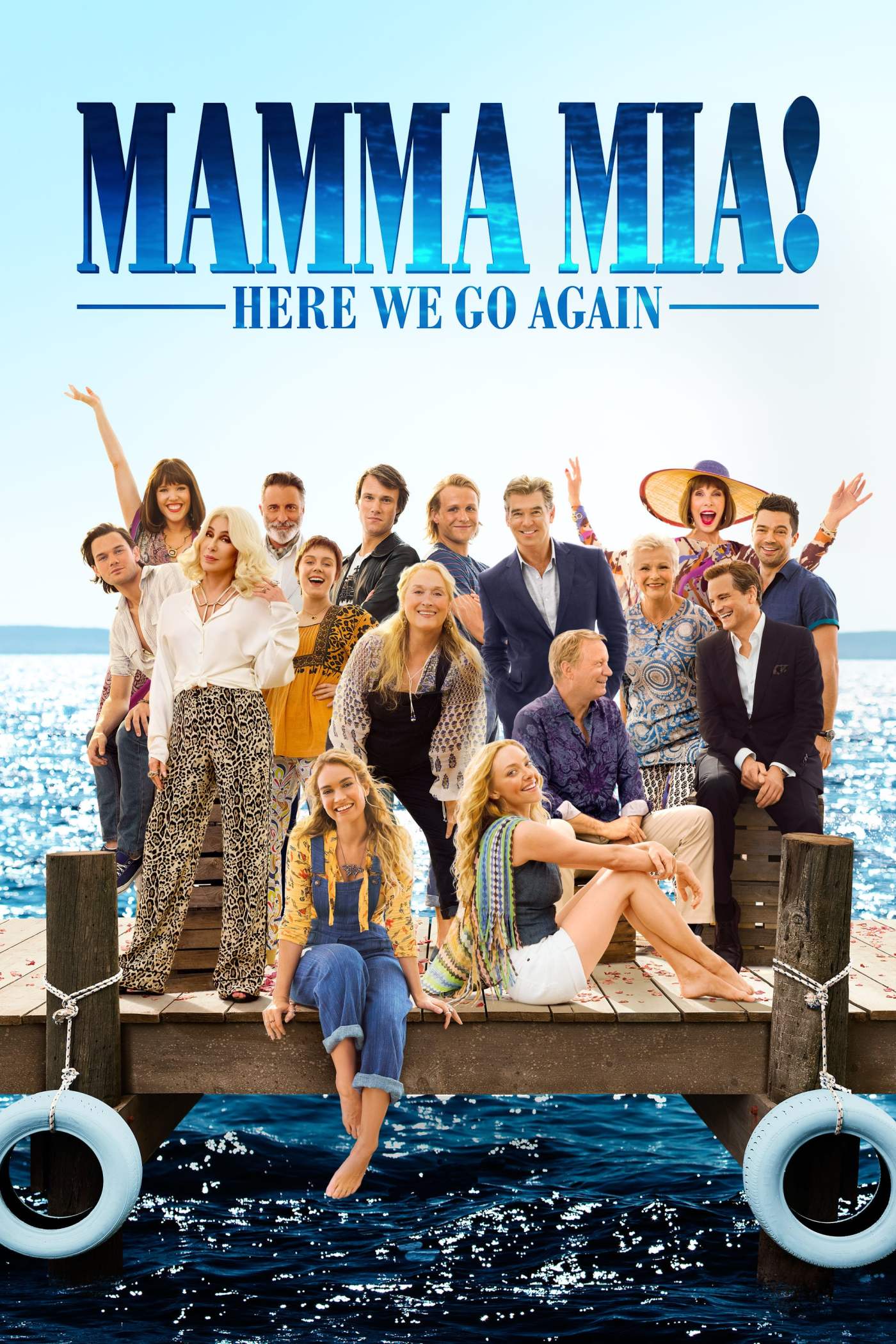 Sophie Sheridan (Amanda Seyfried) is preparing for the grand reopening of her mother Donna’s (Meryl Streep’s) hotel, following Donna’s death a year earlier. She is upset because two of her fathers, Harry (Colin Firth) and Bill (Stellan Skarsgård), are unable to make it to the reopening and she is having trouble in her relationship with Sky (Dominic Cooper), who is in New York City, over her memorializing her mother’s life. In 1979, a young Donna (Lily James) graduated from Oxford’s New College with Rosie (Alexa Davies) and Tanya (Jessica Keenan Wynn), and prepares to travel the world.