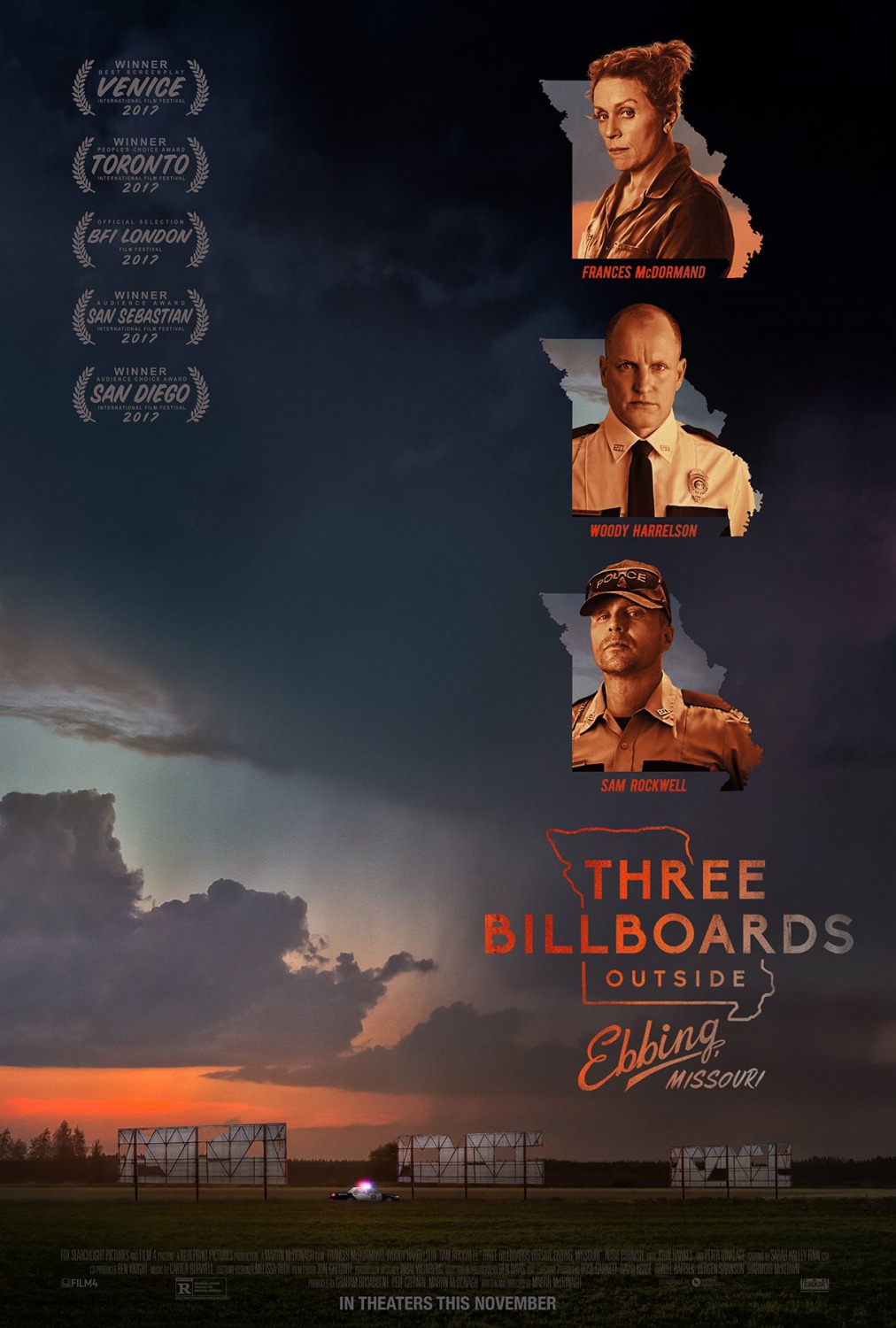 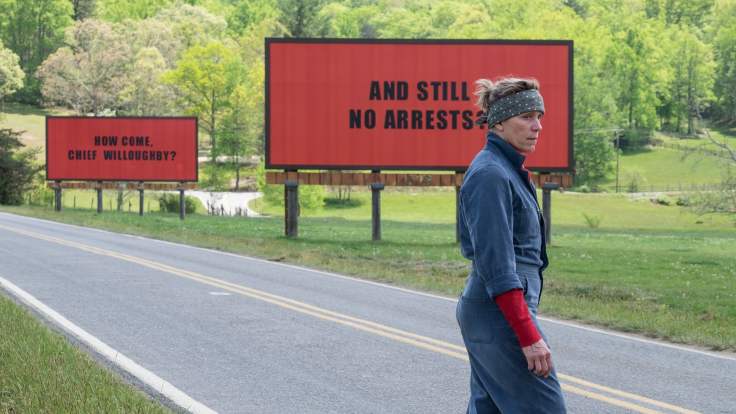 After seven months have passed without a culprit in her daughter’s murder case, Mildred Hayes makes a bold move, painting three signs leading into her town with a controversial message directed at Bill Willoughby, the town’s revered chief of police. When his second-in-command Officer Jason Dixon, an immature mother’s boy with a penchant for violence, gets involved, the battle between Mildred and Ebbing’s law enforcement is only exacerbated.