Marvel has finally redeemed The Mighty Thor by giving us one of the best, if not the best, movie of its decade-long run. A lot can be said about this installment in the superhero franchise, but the most significant topic is how funny this film is. The studio took a bold risk by investing in Chris Hemsworth’s funny bone and not just in his muscles and good looks.

Thor: Ragnarok picks up a few years after the events of the second movie. The god of thunder has returned to his home planet Asgard, only to find that his brother Loki has been alive this whole time and impersonating their father Odin, the King. The brothers find Odin on Earth in time to see him die, but his death releases Hela the goddess of death, who turns out to be their older sister. Hela destroys Thor’s hammer Mjolnir, banishes her brothers to Sakaar and begins conquering Asgard.

In Sakaar, Thor is captured by The Grandmaster and is set to battle his champion in a gladiator-style match. This champion is revealed to be Dr. Bruce Banner, who has been stuck in the Hulk’s form for the past two years. While on the planet, Thor meets a mysterious Asgardian warrior named Valkyrie. Together, with the help of Loki and Hulk, they must return to Asgard to stop Hela and Ragnarok, the prophesied end of their planet.

Although from the just-mentioned plot lines the movie seems a bit serious and humorless, this is not the case. Marvel struck gold with director Taiga Waititi, who delivered laugh after laugh, some of which were by a character he portrayed, Korg a rock-like alien. Waititi introduced great new characters to the cinematic universe such as The Grandmaster (Jeff Goldblum), Valkyrie (Tessa Thompson) and of course Hela (Kate Blanchette), who steals the show as one of the best Marvel villains on film. The studio finally understood that a hero is as good as his villain, and that disposable antagonists who don’t have a clear motivation and agenda are going to make for a dull movie. The director also used scenes to make fun and resolve plot holes that were created by previous movies and made callbacks to longstanding gags.

Aesthetically, the movie is extraordinary. Waititi gave a mix of vibrant colors that are otherwise missing from previous entries. The mosaic story scene with Hela stands out as well as the attack of the Valkyries on the goddess of death and of course Thor’s new lighting powers sequence. He as well delivers action scenes that are visually beautiful to see, such as the gladiator match between Hulk and Thor.

This movie is a home-run for Marvel and is clearly the start of a different and even better era. It even has the best Stan Lee cameo to date. This a must watch again for sure.

Score: A+ (Definitely Worth The Popcorn) 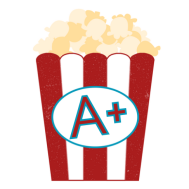