Thank god for Wonder Woman! As an avid DC fan I always dread when reviews for the latest installment of the DCEU comes out. Why? Because it’s getting harder and harder to defend these movies to critics who seem not give them a single chance. They may not be the best movies ever made, but they sure aren’t worth the scores they’re getting. With rumors coming out left and right regarding the status of the script and overall directing, Wonder Woman was unleashed into the DC canon and the world went ablaze.

It took me some time to see Wonder Woman, since it unfortunately got banned in Lebanon and so the hype was building and building. Word of mouth was getting out of control: DC had finally hit the jackpot. When I first laid eyes on the movie, my initial reaction was that this was a great movie but it was not something that was out of this world. The acting was was on point and the cinematography was breathtaking. It translates to the screen that every scene was made with a labour of love and devotion from director Patty Jenkins.

The movie tells the story of Diana, an Amazon princess who lives on a hidden secluded island filled with female warriors who were created by Zeus thousands of years ago to protect mankind. But as the time passed man forgot about them and they retreated to train and live on Themyscira. Diana’s forbids here to learn how to fight but with her aunt’s support she grows up to be a formidable warrior, a warrior that exhibits powers no Amazon has. During World War I, a plane suddenly crashes on the shores of the island and its captain, Steve Trevor, tells the amazons about the “war to end all wars”. Fearing that Hades, the god of war, is behind this, Diana takes the god killer sword and goes with Trevor to stop Hades, knowing that she could never return to Themyscira

What contributed to the success of this movie is the feeling that Warner Brothers executives hadn’t meddled in the production. Jenkins had a clear vision and surely thwarted any outrageous ideas from execs who are trying desperately to catch to the Marvel Cinematic Universe. What they fail to realize is that Marvel had 10 years and 17 movies to establish themselves whereas DC is still in it’s fourth outing and in it’s second year in the game. A testament of Jenkins assertiveness is the runtime that is not stretched for no reason and the absence of an “Extended Cut” that’s been the signature proof of executives meddling.

DC realized that it’s okay for the characters to be fun in some movies and for other movies to be more serious. It is a departure from Batman V. Superman. It has a big comedic aspect to it and the color palette of the movie is brighter. This transpires in one of the most beautiful shots of the year, when Steve’s plane crashes into the sea of Themyscira. Wonder Woman gave so many layers to it’s titled character and in some ways it was a better version of Marvel’s first Captain America movie. I think this movie should have been released before BvS so the audience could appreciate her more in the trilogy of superheroes.

The cast is a key factor in this movie’s success. Gal Gadot was born to be Diana Prince. She is a role model that young girls could look up to as an example of resilience and strength. Another factor, as I mentioned before is the beautiful cinematography. Themyscira was basically the garden of Eden.

The movie of course has its shortcomings. The Ares twist was a bit predictable. It’s become a recent trend for superhero movies, where the actual villain turns out to be someone else. Although, the fight with Ares at the end was eye candy and well executed from an effects perspective, the God of War’s screaming was kinda cringe-worthy and ridiculous. Another cringe moment, was when Dr Doom and Ludendorff let out those childish laughs after killing the German commanders. The movie also, in my opinion, failed to give a high stakes scenario but this could be in favor of the lighter tone intended.

In the end, Wonder Woman was a triumph for Warner Brothers, for DC fans and for movie goers. It is a great movie but not a perfect movie and in someway, it provided a sense of relief for fans who were worried on the fate of this cinematic universe.

Score: B+ (Worth The Popcorn) 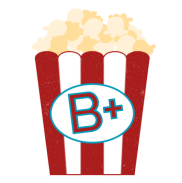